For years, I’ve been procrastinating on the build of my Dream Sn2 SR&RL layout. I’ve been in this house for 13 years….So I’d say I’ve been stalling for more this 8 years. Even as recent as last month I was considering alternatives such as Sn3 free-lanced Ohio (ala Paul Scoles-ish), S-scale Modern Standard Gauge or S-scale transition era. But non of those have invoked my passion. So I cracked, conceding to start the build on the Sn2 layout. My friends sensed my weakness and decided to continue pushing me.

Last Sunday 11/22/202 Chris and Phil came over to discuss the design.  They wanted drawings and cut lists so that we could begin the build of the mushroom.  These two have build hunted houses together, sheds, one has put roof’s on houses.  They fear no construction and can just do it.  After 3 hours of discussion, they went home and I drafted a section diagram.  This is the section as the Mushroom leaves the wall.  The diagram is looking back at the wall. 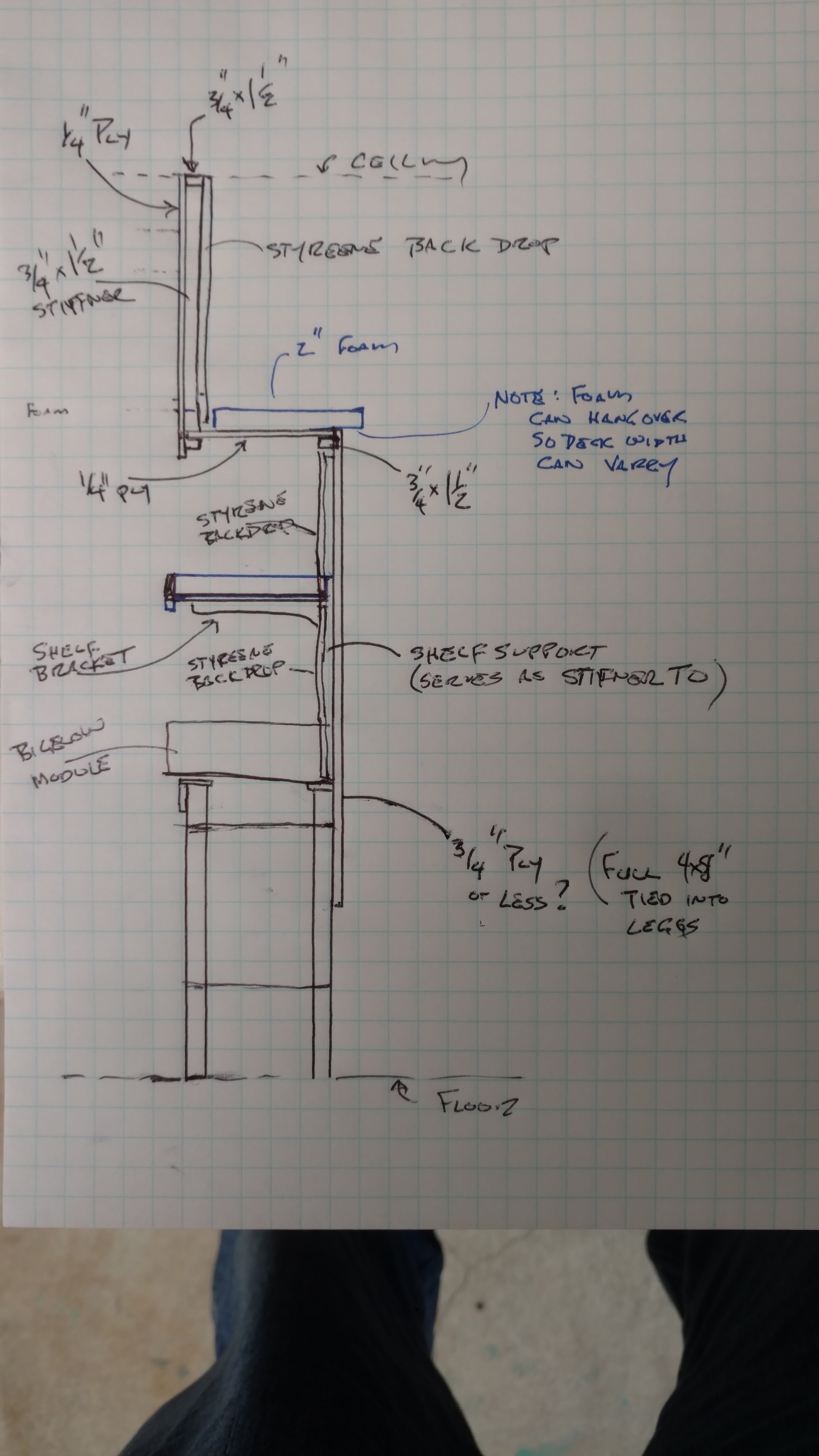 Mushroom Section Diagram. Not that there are three decks in total.

The upper section on left is mounted to the wall on one end and the ceiling at the section point.  No diagram exists for either.  They were to be built as needed.

The backdrop on each level will be styrene (I still have nearly 200 feet of .060 from my last layout).  The plywood backing on the lower deck is 48″, so that it can be screwed into the leg for stiffness.

One other aspect no shown here is that there are two house support posts that are just inside the fascia point on the lower and middle decks and can be wrapped behind the upper deck.  The support design is lock into those posts to ensure the decks do not move nor lean.  I’ll post later on how I use pipe clamps connect the layout to the posts.